As early as 2005, the South Calgary Muslim Community had aspired to build a facility of their own where they could pray, hold Friday Prayer Congregations, where their youth could assemble and community could benefit from Halaqas, Quranic Education, etc.

Islamic Centre of South Calgary (ICSC) has been operating out of a small rented facility in a strip mall since 2004. It can only accommodate approximately 85 people at a time. The Muslim population has almost doubled since 2005. Therefore this facility is inadequate to fulfil the needs of the Muslim community.

In 2009 ICSC acquired approximately ten acre property in SE Calgary with the intent to develop the Islamic Centre of South Calgary. The site is located at 16555 – 104th Street SE, just South of Highway 22X and approximately 2 km from the intersection of Stoney Trail East (Ring Road) and Hwy 22X. The land was situated outside city and no area structure plan existed, hence no construction could be undertaken without rezoning approval.

After three years of endless efforts by the project team, in September 2013 the rezoning application came in front of City of Calgary council after multiple rejections and submission of additional traffic and environmental studies, Al-Hamdulillah ICSC project received the historic, unprecedented approval from City for re-zoning.

Brothers & sisters we are also pleased to share with you that we had submitted to City of Calgary application for Development Permit for our project in May of 2015. After multiple reviews and design requirement iterations, the application went in front of city planning commission with the support of city planner and received go ahead approval to be issued Development Permit! Al-Hamdulillah!

What does this mean? It means that now it is up to us to move this project ahead at the fastest pace we can. We have already initiated request for proposal process for Civil, Mechanical, Electrical and HVAC detail design. We are also working to satisfy Development Permit issue conditions like the 105 street SE road and 22X intersection design. Based on our understanding and feedback received from our architect, if process goes smoothly, InshaAllah we can be looking towards meeting conditions for Building Permit by 3rd Quarter of 2017.

By the Grace of Allah Subhana-WaTa’ala ICSC is asking for your open and generous gift and support to make this project a reality, to establish our community’s Islamic Centre in South of Calgary Insha-Allah! 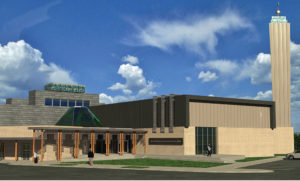 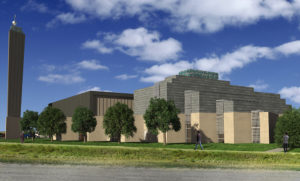 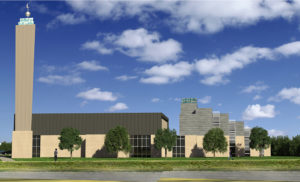 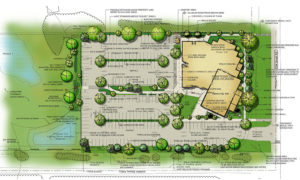 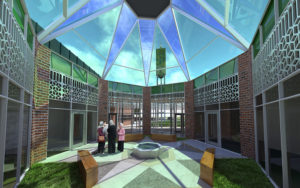 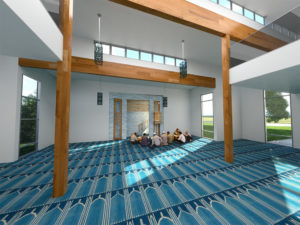 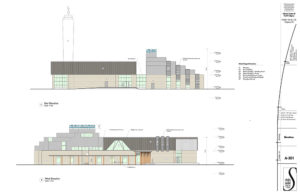 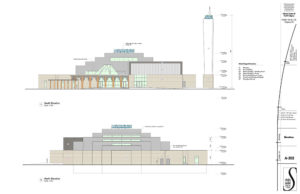 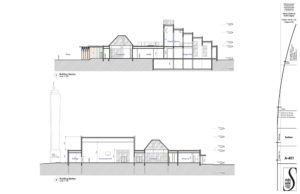 Why We Need This Project

The Muslim population, especially in South Calgary has increased dramatically in last 12 years. The people and our youth are suffering due to lack of adequate facilities and atmosphere that helps sustain our Islamic values and needs of the expanding community. We are already behind in having more Islamic Centre’s in Calgary today lest cater for future generations which is our critical need.

Due to the space limitation of current Musallah, Friday prayers are held at McKenzie Towne Hall which accommodates maximum of 600 people packed in two separate Friday prayer times. Due to the same space constraint, Taraweeh prayers in Ramadan are held at Queensland Community Centre.

At current South Musallah, ICSC holds a variety of regular activities and events at limited level to serve the Muslim Community of South Calgary, to name a few:

The proposal under submission is to begin with project development based on phases. Current phase is focused on Masjid and Multi-purpose community hall. While there is opportunity that based on future needs and later phases will be developed once the city has an Area Structure Plan that will define further urban rezoning and extension of municipal services. By limiting the scope of the initial development, the future Area Structure Plan would not be adversely impacted and makes it favorable for city to incorporate other proposed facilities into future planning as a “community focal point”

Islamic Centre of South Calgary will serve approximately 15,000 plus Muslims living in South of Calgary and beyond. Salient Features of South Islamic Centre are:

For the current phase of project (as stated above) rough-order of magnitude estimated cost is approx. $8+ Million CAD. This would cover cost for Masjid, Community Centre and Road / Intersection development. We are chartering a estimating and quantity surveying company to provide detailed cost estimates based on current detailed design development progression, pricing indices and execution strategy.

Assalam-o-Alaykum Wa-Rahmatullahi Wa-Barakatahu,
(Peace on to you along with mercy and blessings of Lord Almighty)

Dear Brothers and Sisters, with the blessing and mercy of Allah SWT, we have achieved another historic milestone today in our long journey to build our South Islamic Centre for our deep South Muslim community and Muslims fo Calgary at large. Al-Hamdulillah it gives me great pleasure to share this exhilarating news with you that today in City of Calgary Planning Review Committee meeting, we received go ahead on the Development Permit for our project! Allahu-Akbar! (God is Greatest).

What this means is for all intensive purpose while we need to fulfill some requirements, we can now proceed ahead for site development and also work to apply for Construction Permit! We will be finally on a timeline to actually have ability to start construction at site in a few months.

We are now at that moment brothers and sisters where your full support is required for sake of Allah SWT, to give your generous offering to make this Islamic Centre of South Calgary a reality in the shortest possible time. Remember the unconditional promise Allah SWT made to us that whosoever builds a Masjid for Allah SWT, Allah will build for him a house in Paradise (Al-Bukhari 1:8:441). What better deal can we all get then this!

Insha-Allah ICSC board in coming days will work with our umbrella organization MCC who believe in empowerment of community members and grass root change, the city planners and our design consultant and other teams to move this project forward at best possible pace to start construction and then completion. We will be sharing more information on plans and the project in the coming months.

I would also like to thank the city of Calgary planning team and lead who worked with us, the committee for recognizing that the critical requirement of a religious place and centre for the South Muslim community, for guidance, support and standing by us Counsellor Shane Keating and his colleagues, our board and community for their continuous support, Brother Sharif Senbel our architect and consultant and last but not least the unwavering and hard work and resolve of brother Nisar Bhutto our Engineering Development Lead who has been the dynamic force behind this key achievement.

Once again on behalf of your board of Islamic Centre of South Calgary (ICSC) I wish you all congratulations on this occasion and pray to Allah SWT to help us all in every way to make this project a reality in the shortest possible time, Amen!